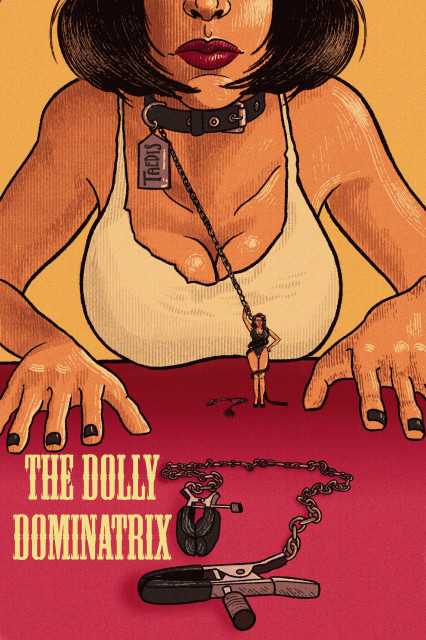 Through a series of bad decisions Becky found herself shrunk to the size of a doll and transformed into a piece of property. Through bad luck and crappy timing she ended up getting bought by the wrong woman. She should've ended up with the love of her life, Tina, but instead she found herself owned by Jordan.

A lifetime of getting everything she wanted left Jordan with an attitude her wealthy parents never anticipated. Most women born with that big a silver spoon in their mouths would've gotten used to having their orders obeyed without question or pause. To have everything done for them in a way that people in the lower tax brackets couldn't even conceive.

Only Jordan didn't like giving orders; she preferred obeying them. As she grew older that preference blossomed into full on submissive behavior, a strong need to be dominated. Controlled. Mastered. And if the person holding the other end of her leash happened to be someone she could buy and sell in a heartbeat? That just made Jordan's submission all the more sublime.

Jordan had a fetish for being controlled by the very people her parents and peers said were under her. Her maid and the groundskeeper humored her as much they could, but they knew Jordan needed someone truly beneath her to take control of her life and her sexuality. The most powerless person in the world.

If Becky is going to get her life back on track she is going to have to play out Jordan's fantasy. Become the cruel miniature Goddess that cracks the whip under the kneeling sub.

This is a standalone scene from the novel Purse Pet.

Narration and cover art by Aoife